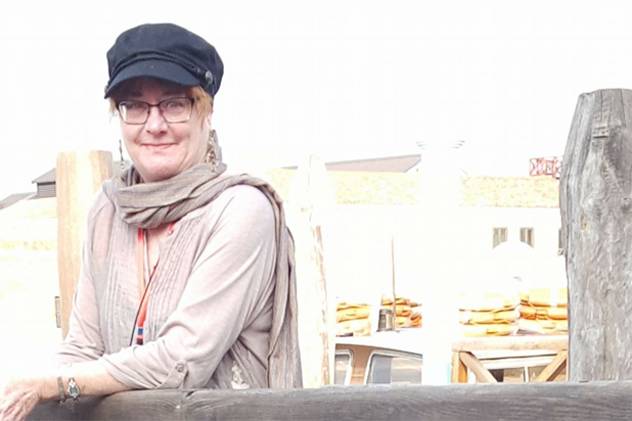 Originally from Dallas and Midland Texas, Kathleen Hastings has been painting since she was very young, placing first in a county art show when she was just 13. She went on to create a variety works in pencil, oil, pastels, and acrylic.

In 1983, Kathleen took a hiatus from painting to attend university in New Zealand. Subsequent to her completing her M.Sc. (Hons.) degree in aeolian geomorphology at Victoria University in Wellington NZ, she worked as a Geographic Information Systems (GIS) magazine editor and conference organizer, living and traveling throughout Asia and the Pacific for 20 years, returning home in 2003. It was in 2020 she began to paint again, drawing inspiration from her own experiences and emotions.

She lives in Baton Rouge and has created several pieces in various media that have sold both in Baton Rouge and elsewhere in the U.S. She has also successfully completed commissions and enjoys creating triptychs, i.e., a series of three canvases encompassing a single theme.

Her art continues to evolve with the changing times. Her more recent paintings depict scenes of despair and hope and are quite dark in terms of subject matter.

Samples of her work can also be found on Facebook at Art by Kathleen Hastings.